The second SOIL Conference titled "From the Story of Missing Identity (PIP) to Social Inclusion of Educators (ISE), was organized by the House of Teaching Staff in Bucharest on October 20, 2017.

Inclusion as a chance to think the school new SOIL — conference in Berlin on September 29th, 2017

Pictured documentation of the SOIL — Conference in Berlin — Report

The schools selected to participate in the activities of the EACEA-05-2016- Social Inclusion through Education, Training and Youth / ERASMUS + K3 / Social Inclusion of Educators (SOIL) / 580276-EPP-1-2016-AT-EPPKA3-IPL- IN

From 9th to 11th of January, at Graz, Ostereich, Casa Corpului Didactic Bucureṣti (Teacher Training Centre of Bucharest - TTCB) was represented by Mr Gabriel Vrînceanu - as Head of TTCB- and Mrs Ana Elisabeta Naghi - as member of the project team - to the kick-off meeting of the project „Social Inclusion of Learners – SoIL”, Erasmus + K3, 580276-EPP-1-AT-EPPKA3-IPI-SOC-IN. (photos gallery) 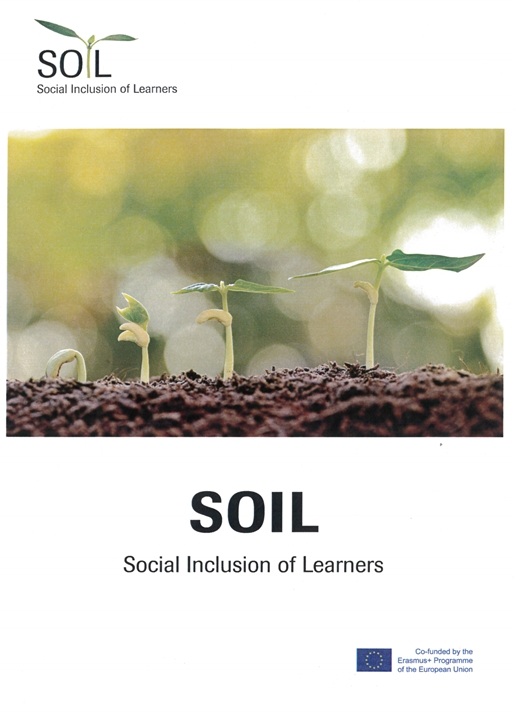 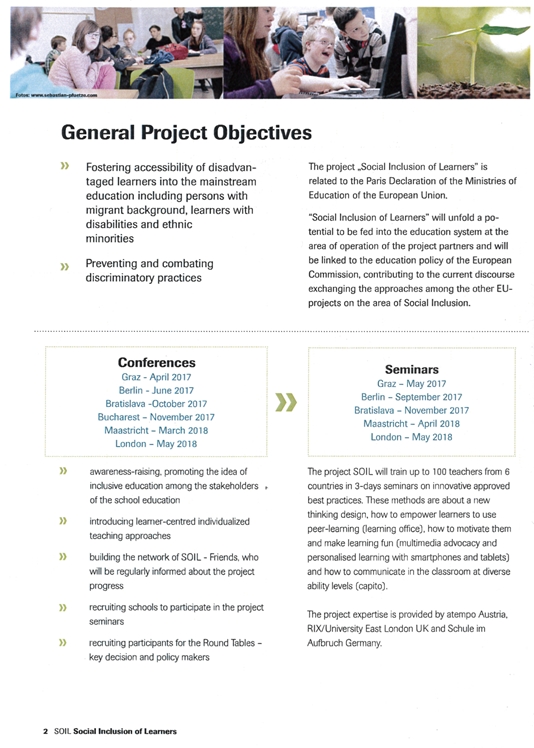 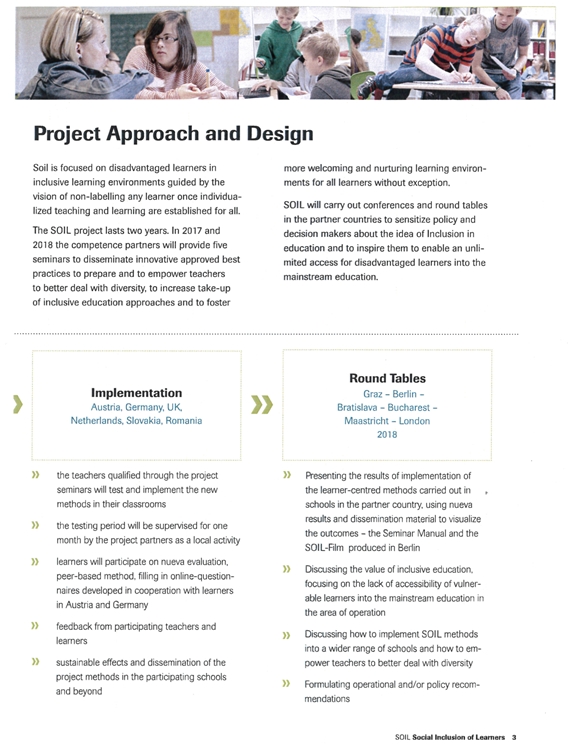 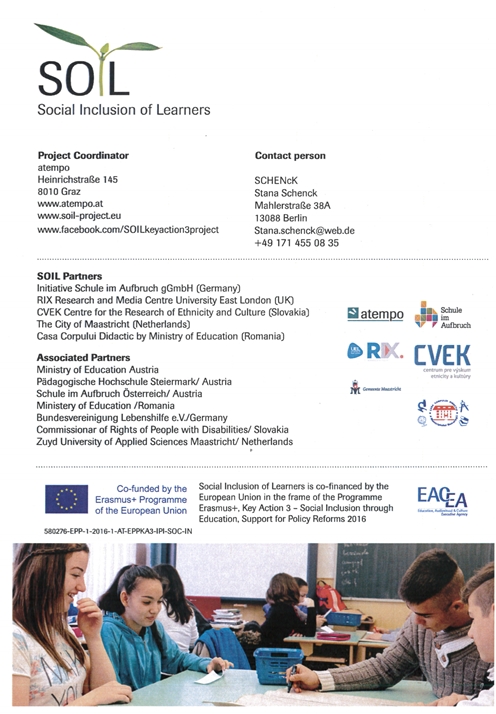